Centre for Urban Ecology and Sustainability

Photo of the week

It has been a little over a year and a half since Ambedkar University Delhi (AUD) entered into a management agreement with the Delhi Development Authority (DDA) to restore a small relict of the Jahangirpuri group of wetlands. The Dheerpur Wetland Park (DWP) is an ambitious collaborative project between AUD and DDA to restore about 25.38 hectares of wetland. Once restored, the wetland promises to add aesthetic value to the natural landscape of Delhi and provide myriad ecosystem services to urban residents in its vicinity.

Imagine for once a natural space bounded by a dense hedge of towering trees. Picture a lake where the surface glistens with the early rays of the morning sun, with birds flocking in its waters. Imagine walking through the winding paths of a woodland with a surround sound experience of an ensemble of chirping birds. If I must give you a foretaste of what the wetland park will be like once restored, then it is this. However, while it is easy to play with words and create an Edenic picture of ‘what can be’, most restorationists will agree that the practice of restoring any ecosystem is a herculean task and sometimes a messy affair. 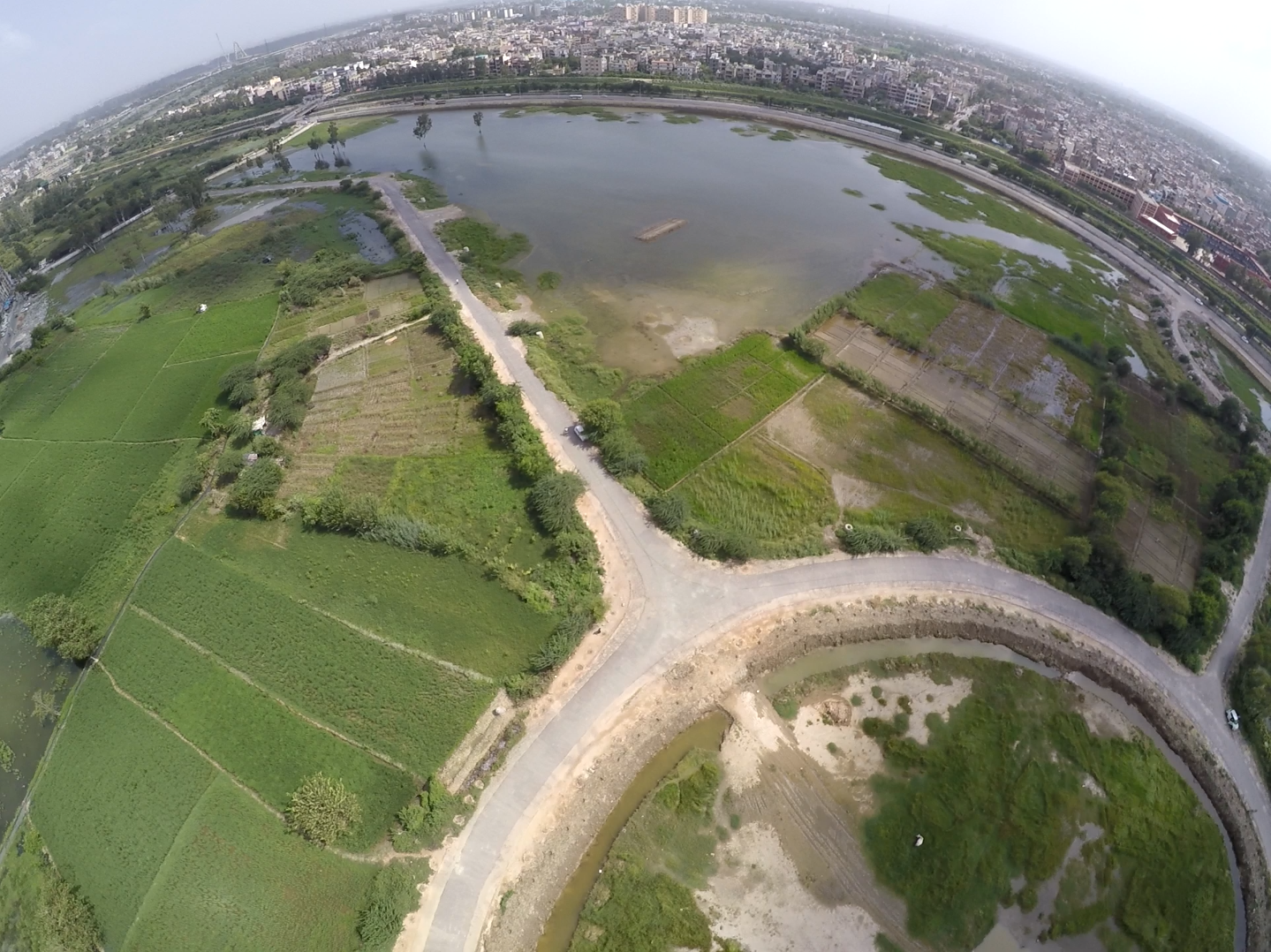 The DWP site is situated in a low lying area of the Yamuna floodplains. Although the Dheerpur wetland has ceased to function as a wetland for the most part of the year, it does still have a high groundwater table. Consequently, the monsoon period is one such time when seasonal pools and ponds are created that retains water for long periods, enhancing groundwater recharge. The soil of the region, although saline in certain places, is largely conducive to the growth of vegetation. As a result, farming is common and a variety of seasonal crops can be seen growing in the wetland throughout the year. While the monsoon provides water for a short period of time, there is no deficit of water during the non-monsoon months. Crops are sustained year-round with sewage water that is pumped out from sewerage systems that cater to the surrounding densely populated residential colonies of Gandhi Vihar and Mukherjee Nagar. However, there are serious issues with regard to the kind of farming practices that are being followed in the region.

A major concern stems from the use of sewage water for irrigation as it poses a severe health hazard. Sewage water is known to harbour a variety of harmful pathogens and nematodes, many of which get embedded in the farm produce either during the process of sprinkling water on them or when they are being washed. These microorganisms find their way into the human body when sewage water is handled without precaution or when contaminated vegetables are consumed as food. This might be a very real threat in Dheerpur where farmers directly expose themselves to raw sewage discharge, and where large quantities of farm produce are sold in the market on a regular basis. 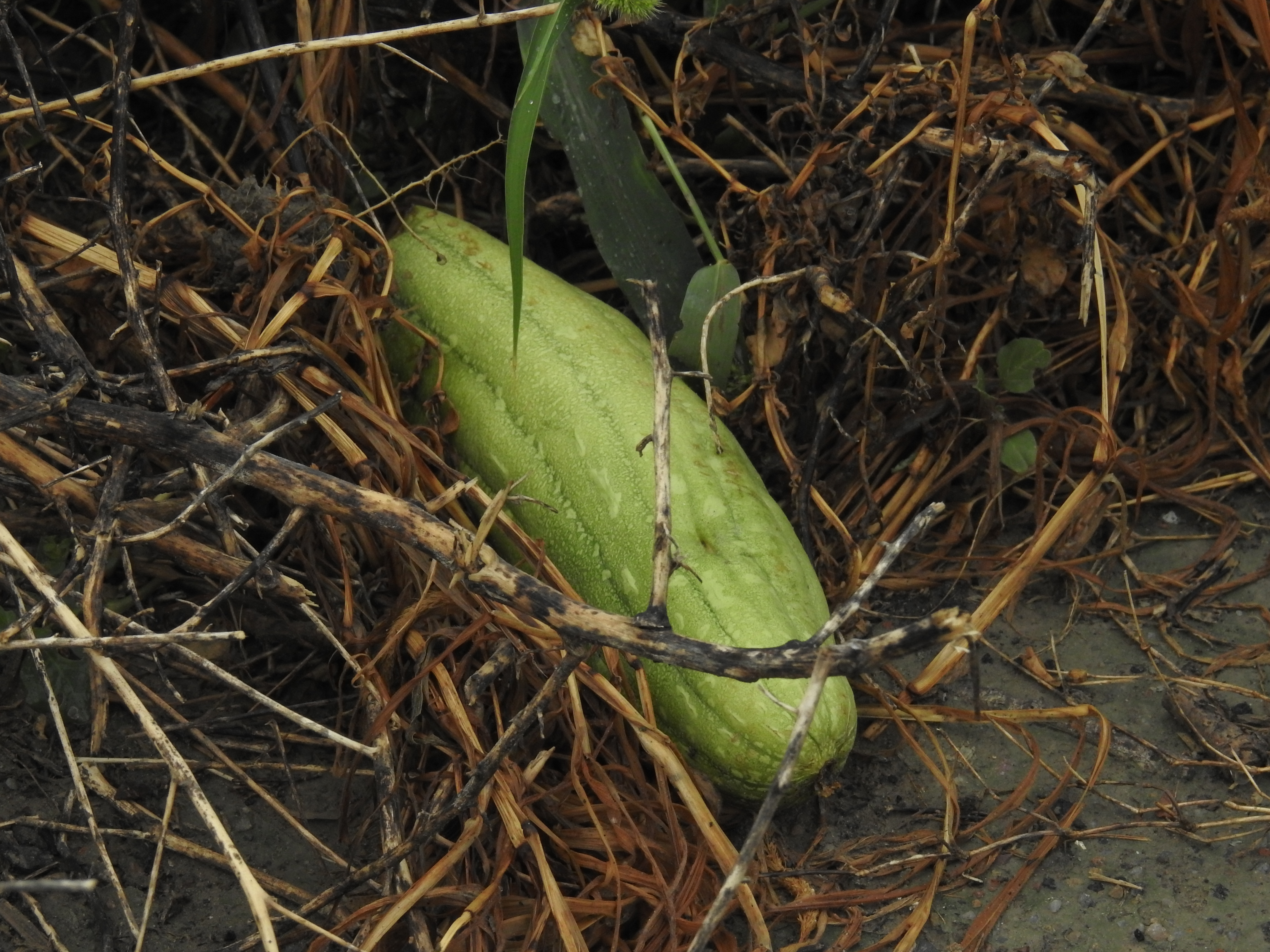 A variety of seasonal vegetables are grown in the Dheerpur wetland region.

There are a few other issues that create significant challenges to the objectives of the restoration project. While sewage water is used for farming, the overflow from farms is often directed to stormwater reservoirs.  Over time, stormwater reservoirs, which are often clean, turn into polluted pools of water that harbour pathogens and serve as breeding grounds for mosquitoes. On the other hand, fresh water from the stormwater reservoirs is pumped out for use in farms. Prolonged use of stormwater will obviously cause the wetland to drain out in a very short period of time, in turn having adverse effects on wetland birds, many of which nest in reeds that grow along margins of reservoirs.

There is another issue that concerns the entire wetland area. Every year, in the month of November, the entire Dheerpur region transforms into an abode for thousands of devotees who descend upon the region to celebrate the Sant Nirankari Missions three-day Annual International Sant Samagam festival. The Nirankaris are a religious sect who have established themselves in the Dheerpur area, although their followers are spread all over India and overseas. Preparations for the three-day extravaganza begin almost 2-3 months in advance. Having witnessed in the past, the Sant Samagam festival is meticulously planned and well thought out in terms of logistics.

Before the DWP restoration project was initiated, the site had been used for the festival in the past. Rainwater that accumulates in the DWP site during the monsoon is drained out, and the ground made level, along with several other structural adjustments to create space and provide basic facilities to devotees during the festival. Every year the marshes are filled up to the extent possible to prevent snakebites and other such incidents. Although space is crucial for the festival, the use of the wetland site for the festival is going to seriously jeopardise the restoration project, and here is why.

Restoration work on the DWP site began more than a year ago and is now at an advanced stage. A temporary work station has been set up at the site where experiments are conducted and data analysed on a range of ecological variables. Water quality tests, soil tests, vegetation mapping and sampling, bird surveys and faunal assessments are some of the activities that are being conducted on-site.  In the many plantation drives conducted so far, hundreds of native tree species have been planted in various parts of the restoration site. Besides plants that have been introduced in the field, there is a rich stock of saplings that are being maintained in the field nursery.

In an effort to control mosquito breeding in the accumulated rainwater, smaller water bodies have been treated with larvicides, while in the main water body, larvivorous fishes have been introduced. Preliminary earth-work has been initiated at certain places in the restoration site in an endeavour to prepare it for further treatment. With the plethora of issues that the project has to constantly contend with, it has been a laborious task to get to this present stage of restoration. The relentless efforts of the University, the restoration team and the field staff, along with the huge amounts of resources invested in the project in the past several months will be wiped away in a matter of few days if indeed the restoration site is allowed to be used for the festival.

Restoring an ecosystem can never be an easy task, especially if it is being resurrected from almost complete decimation. Problems and challenges of varying kinds and intensities are inevitable in any restoration project, and in that sense, our project is no different. But what compounds the problem in our case is the fact that we are attempting restoration of an ecosystem in a burgeoning city that experiences an acute shortage of space. Several wetlands in the city have already been drained out in the past to pave the way for residential housing and infrastructure. However, forfeiting the vital ecosystem functions and services that wetlands provide is most likely to cause irreversible damage to the ecology of Delhi. The DWP restoration project has been conceived in response to this realization and is, therefore, a promising step in the right direction. However, there needs to be a concerted effort by restoration scientists, local citizens and the Government to restore and revive precious life-supporting ecosystems in the city. Having a vision isn’t enough; there has to be a commitment to act on it.